A LEADER IN TRANSITION MANAGEMENT

We are a recognized partner in transition management and support to company projects. In order to meet your requirements, our agency mobilises experienced managers within our network at extremely short notice. We step in all lines of business and cover every major function in a company.

WHO BETTER THAN TALENTS & PROJECTS?

An exhaustive and thorough selection of available profiles

We service clients around the world: for your international projects, we deploy our talents be they locals or expatriates

Within a few days, we introduce 2 to 4 perfectly suited managers from an exhausting and thorough selection, it’s TALENTS & PROJETS’ DNA

An entirely flexible MO: no searching fees as the manager is employed by Talents & Projets and no exit cost as the mission matches the actual duration of the project

ASSESSMENT OF THE PROJECT

EXECUTION OF THE MISSION

CLOSURE OF THE MISSION

A TEAM OF EXPERTS TO GUARANTEE THE QUALITY OF THE SOLUTION

Our whole team mobilises its expertise and network in no time in order to bring an operational solution to your specific issues. Whether you are a major group or a medium-sized company, we bring both urgency and excellence to the completion of your projects.

Jean-Philippe, who holds an MBA degree from INSEAD, is an expert in transition management. He started his career in management counseling and then moved on into telecoms in Europe before heading one of the global divisions of BUREAU VERITAS. Jean-Philippe was a transition manager himself before actively contributing to the development of this sector over the last ten years.

Since 2012, Celine has been proactively and dynamically running the team looking for talents at Talents & Projets. Her 20 -year plus experience in searching for talents and top executives, combined with a tailor-made approach greatly contributes to the quality of our service. Her expertise is based as much on her ability to listen and analyse as on her thoroughness.

Michel boasts a 30-year experience in the energy business. A recognised expert in change and transformation management, he namely worked as chief of staff for Gaz de France’s CEO. He then headed Global Business Support, Engie’s business unit in charge of support functions. He was also Engie’s number 2 in the HR department.

Eloi has been in charge of Business development for almost 3 years. Always attentive to our customers and prospects’ needs, Eloi will have all the skills to present the know-how of Talents & Projets and ensure we are always reactive and flexible in our communication.

Franck Terner was appointed Chief Executive Officer of Air France in 2016 and became advisor to the Group CEO till july 2019. He previously managed Air France business divisions : Engineering and Maintenance, Regional Airlines, Paris-Orly Maintenance center. He began his career as a production engineer on the Concorde. He held the positions of program Director of the maintenance department.
Franck Terner is an engineer, graduated from ENSEA, He holds the certificate of flight engineer officer, Engineer of the National Conservatory of Arts and Crafts (CNAM), from ENSEA and holds an MBA from the IAE Paris

Alain is one of the top LEAN experts in France. After holding the position of SVP at FAURECIA,and that of Chairman of the LEAN Institute of France, he implemented the LEAN Manufacturing system at Valeo and then at FAURECIA with the support of TOYOTA Japan’s top experts. Prior to that, Alain was a COO in the industry.

Nicolas was a manager in the insurance industry for almost 30 years. After heading several divisions at Allianz and Generali, Nicolas was Managing Director at AVIVA France and Chairman of UFF. In 2017 he set up Filib, a company specialised in financial teleconsultancy for employees, with a view to advising them on how to use their employees’saving scheme and preparing their retirement. Nicolas brings with him his expertise in financial services as well as his understanding of the issues at stake in this sector.

Stéphanie is our senior HR consultant within the search team. Her experience in recruiting senior executives for companies and large groups has given her the skills to address each individual need, which is key to completing your projects successfully. An attentive listener, Stéphanie is also very thorough and has great interpersonal skills.

Jean graduated with an MBA from INSEAD. He’s an expert in business strategy as well as business development and B-to-B business efficiency. After starting his career at IBM, he first moved to Bain & Company and then BCG where he advised senior management on international strategy for almost 20 years. After that, he was Head of European operations for 10 years at Alexander Proudfoot, the leader in operational consulting.

Philippe has won the HR Manager award of the year capping a very successful manager’s career spanning 40 years. Throughout his career he held top positions in HR with groups such as CEGELEC (VINCI) and Tréfimétaux, part of the KME group and went on to co-manage the transformation of the Chantiers Navals de l’Atlantique (ALSTOM and AKER YARDS). Philippe is a Panthéon-Sorbonne graduate and started his career with Pechiney.

After working in the energy sector for a while, Eric spent over 20 years at ACCENTURE where he was Senior Executive and Managing Director in charge of BPO in the energy and utility sectors. Eric is a seasoned runner and has a passion for horse riding.

Clémence trained at the school of Psychologues Praticiens where she specialized in human resources. She implements managers searching tools, assesses relevant profiles within our network and is actively involved in selecting the candidates most suitable to our clients’ needs.

Maha is in charge of Business Development at Talents & Projets and comes from the Toulouse Business School. She explains to our clients, our domains of application and our modes of intervention. With real listening skills and responsiveness, she supports our clients and our team in explaining their needs and the setting up of their projects.

Jean-François is in charge of admin and finance at Talents & Projets. He joined the company after spending 15 years working for small and medium-sized companies. He’s very thorough and analytical and we all enjoy his sense of humour!

Claude manages Talents & Projets’ presence in the market place brilliantly. He always carefully listens to clients and prospects’ needs and is held in high regard for his agility, inventiveness and reactivity.

Jules Lavirotte builds one of the most beautiful buildings in Paris, at 29 avenue Rapp
Read more1900...
Creation of Talents & Projets and launch of the first important missions
2010
The ampersand is chosen as the symbol of association and bond
2011
Creation of the talent management team
2012
Establishment of Senior advisors
2014
Talents & Projets, growth champion for the 2nd consecutive year (Les Echos)
2018
Talents & Projets becomes a member of France Transitions
2020
Bureau Véritas certification
2021 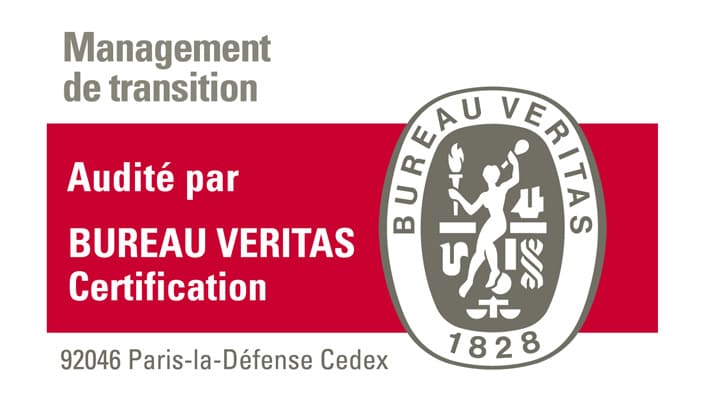